Discovery About the Heart Sheds Light on Deadly Disease The researchers, led by Yan Hu, left, and Dr. Maria Luisa S. Sequeira-Lopez, were studying how kidneys form when they stumbled upon a gene’s effects on the heart.

Kidney research at the University of Virginia School of Medicine has unexpectedly led to a discovery about the formation of the heart, including the identification of a gene responsible for a deadly cardiac condition.

UVA scientists were surprised to discover that the heart’s inner lining forms from the same stem cells, known as “precursor cells,” that turn into blood. That means a single type of stem cell turns into both our blood and a portion of the organ that will pump it.

The researchers determined that a particular gene, S1P1, is vital for the proper formation of the heart. Without it, the heart tissue produced by the precursor cells develops a sponginess that compromises the heart’s ability to contract tightly and pump blood efficiently. In people, that is known as ventricular non-compaction cardiomyopathy, a dangerous condition that often leads to early death.

“Many patients who suffer from untreatable chronic diseases, including heart and kidney diseases, are on waiting lists for limited organ transplantation. Therefore, there is an urgent need to understand what happens to the cells during disease and how they can be repaired,” researcher Yan Hu said. “Every organ is a complex machine built by many different cell types. Knowing the origin of each cell and which genes control their normal function are the foundations for scientists to decipher the disease process and eventually to find out how to guide the cells to self-repair or even to build up a brand new organ using amended cells from the patients.”​ 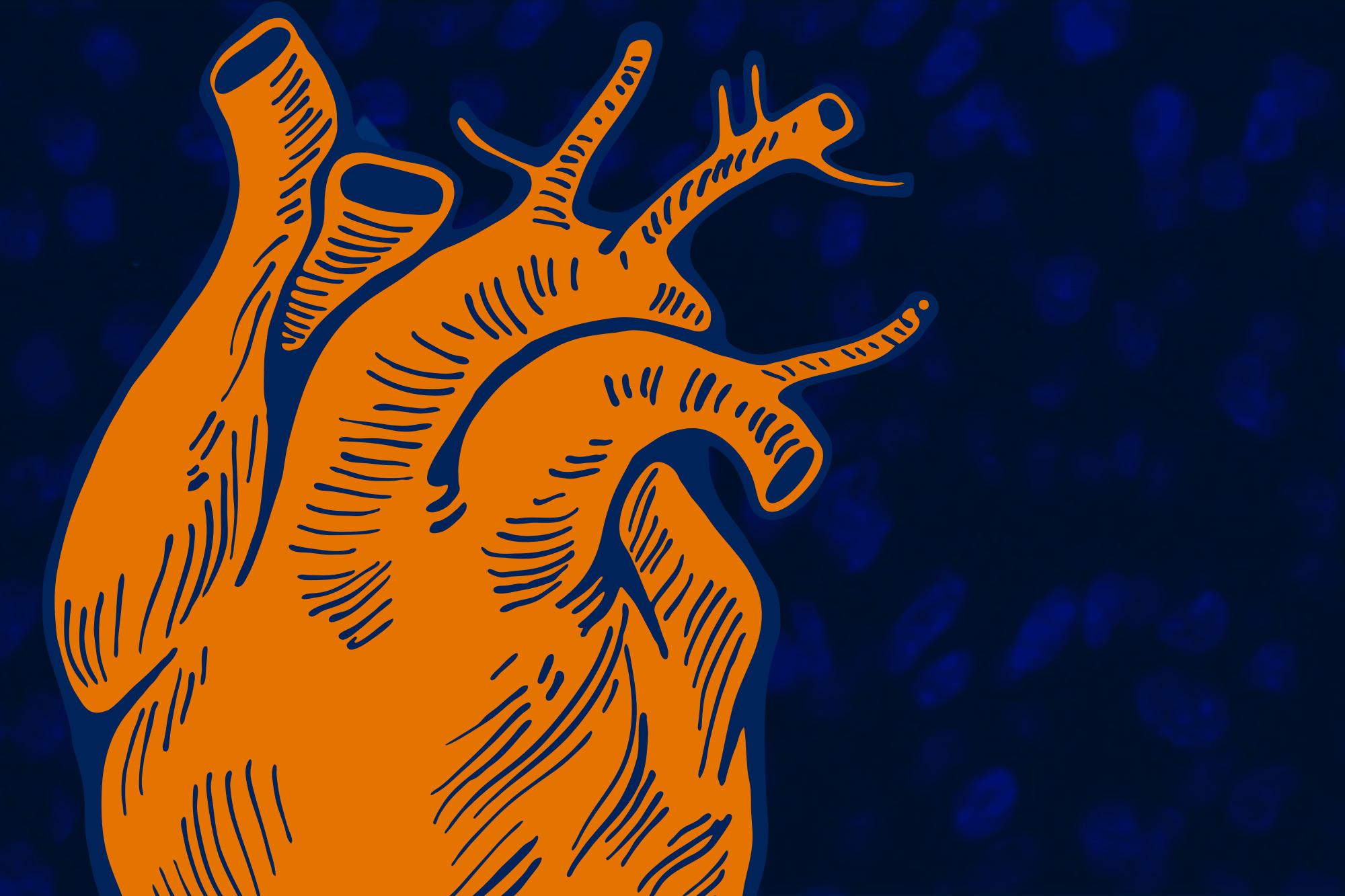 The researchers, led by Dr. Maria Luisa S. Sequeira-Lopez of UVA’s Child Health Research Center, were investigating how the kidney forms when they noted that the deletion of the S1P1 gene in research mice had deadly consequences elsewhere in the body.

“We were studying the role of these genes in the development of the vasculature of the kidney,” she recalled. “The heart is the first organ that develops, and so when we deleted this gene in these precursor cells, we found that it resulted in abnormalities of the heart, severe edema, hemorrhage and low heart rate.”

That led them to look more closely at the heart. It was then that they discovered the gene deletion had caused thin heart walls and other cardiac problems in developing mice embryos.

“So then we had to study the heart when the kidneys were still not even formed,” she said. “We had to go far outside our comfort zone.”

Their findings would prove unexpected, even for scientists who specialize in the development of the heart. “For a long time, scientists believed that each organ developed independently of other organs, and the heart developed from certain stem cells and blood developed from blood stem cells,” explained researcher Dr. Brian C. Belyea of the UVA Children’s Hospital. “A number of studies done in this lab and others, including this work, shows that there’s much more plasticity in these precursor cells. What we found is that cardiac precursor cells that are present in the embryonic heart do indeed give rise to components of the heart in adults, but also give rise to the blood cells.”

The researchers were so surprised by their discovery that they went back and validated their findings repeatedly, using multiple techniques, including new techniques that they developed.

Belyea said that the discovery about the important role of the S1P1 gene may one day lead to better treatments for ventricular non-compaction cardiomyopathy. “We hope,” he said, “that this is a stepping stone for our clinical colleagues.”

The researchers have described their discovery in an article published in the journal Scientific Reports. The research team consisted of Hu, Belyea, Minghong Li, Joachim R. Göthert, R. Ariel Gomez and Sequeira-Lopez.